Even open-label placebos work—if they are explained
September 26, 2017
https://medicalxpress.com/news/2017-09-open-label-placebos-workif.html

For some medical complaints, open-label placebos work just as well as deceptive ones. As psychologists from the University of Basel and Harvard Medical School report in the journal Pain, the accompanying rationale plays an important role when administering a placebo.

The successful treatment of certain physical and psychological complaints can be explained to a significant extent by the placebo effect. The crucial question in this matter is how this effect can be harnessed without deceiving the patients. Recent empirical studies have shown that placebos administered openly have clinically significant effects on physical complaints such as chronic back pain, irritable bowel syndrome, episodic migraine and rhinitis.

For the first time, researchers from the University of Basel, along with colleagues from Harvard Medical School, have compared the effects of administering open-label and deceptive placebos. The team conducted an experimental study with 160 healthy volunteers who were exposed to increasing heat on their forearm via a heating plate. The participants were asked to manually stop the temperature rise as soon as they could no longer stand the heat. After that, they were given a cream to relieve the pain.

Some of the participants were deceived during the experiment: they were told that they were given a pain relief cream with the active ingredient lidocaine, although it was actually a placebo. Other participants received a cream that was clearly labeled as a placebo; they were also given fifteen minutes of explanations about the placebo effect, its occurrence and its effect mechanisms. A third group received an open-label placebo without any further explanation.

The subjects of the first two groups reported a significant decrease in pain intensity and unpleasantness after the experiment. "The previous assumption that placebos only work when they are administered by deception needs to be reconsidered," says Dr. Cosima Locher, a member of the University of Basel's Faculty of Psychology and first author of the study.

Stronger pain when no rationale is given

When detailed explanations of the placebo effect were absent - as in the third group - the subjects reported significantly more intense and unpleasant pain. This suggests the crucial role of the accompanying rationale and communication when administering a placebo; the researchers speak of a narrative. The ethically problematic aspect of placebos, the deception, thus does not appear all that different from a transparent and convincing narrative. "Openly administering a placebo offers new possibilities for using the placebo effect in an ethically justifiable way," says co-author Professor Jens Gaab, Head of the Division of Clinical Psychology and Psychotherapy at the University of Basel.

Explore further: New study on the placebo effect and antidepressants in children and adolescents 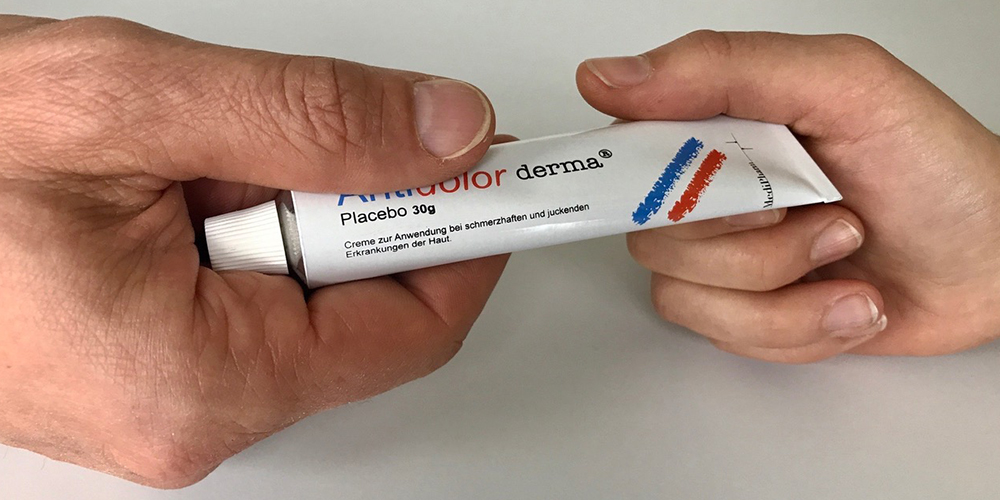