Рефрейминг (54) A reorganization of reframing patterns

The Structural Patterns of Change: A reorganization of reframing patterns

Posted by: Steve Andreas in: Articles

The Structural Patterns of Change:

(A reorganization of reframing patterns)

Note: I have revised this presentation repeatedly since I first offered it several years ago, trying to make it clearer and more “user-friendly.” It is an attempt to summarize what I presented in my two-volume book, Six Blind Elephants (578 pp.) but which I failed to provide in those books. So it inevitably leaves out a lot of detail—and almost all of the examples. Please consider this a “work in progress” to be further refined in the future.

You can download this article as a PDF here:
The Structural Patterns of Change

Reframing is usually thought of as a relatively small part of NLP, originally divided into content reframing and context reframing, and later further divided into the 14 “sleight of mouth” patterns. However, I think that all change can be usefully described using one or more patterns of reframing, and all of these different patterns derive from only three variables. Every change of experience changes one or more of the following:

What is a Scope?

NLP is often defined as “The study of the structure of subjective experience.” The main difficulty in describing the structure of an experience of scope is that usually a scope is immediately categorized, and that nearly all the words we have to use to describe a scope indicate categories (except for proper nouns such as “John Smith” or “New York City”). Scope is what is experienced (seen, heard, felt, smelled, or tasted) before it is categorized or identified.

An example of this is hearing someone speaking a language you don’t understand; you can hear the sounds perfectly well, but you don’t know how to punctuate the stream of sounds into separate scopes of sounds, or what those scopes indicate. Or think of a time when you didn’t know what you were seeing or hearing; you could see it or hear it, but you couldn’t immediately categorize it. Usually an experience of this kind is immediately followed by a vigorous effort to identify what it is, because that is so useful in responding appropriately.

For simplicity, let’s first explore scope in a moment in time, as if the flow of time were stopped:

Each modality provides information that is different from the other modalities—though there is some overlap, such as location. (If there were no overlap, we wouldn’t be able to integrate the scopes from the different senses into the unitary experience we usually enjoy.)

Every still image will have submodalities, but only some will have partial enhancement that “highlights” one (or more) aspects of an image, drawing attention to it. This effect is often a factor in internal representations of importance or values, which are motivating (toward or away from) and if out of balance, may result in compulsions or addictions.

Even the shortest movie changes the scope of time, and this usually changes the scope of space. We typically punctuate our experience of time into segments of different length, with somewhat arbitrary beginnings and endings. The span of an “event” can vary from a “split-second” to days or months, or even a lifetime, before categorizing it, as in “That was a tough interview,” or “He had a good life.” A longer scope in time provides a larger context, similar to that provided by a larger context in space, the “bigger picture.” However, a larger context in either space or time usually makes it harder to notice the smaller details, unless you “zoom in” to magnify a part of the image. 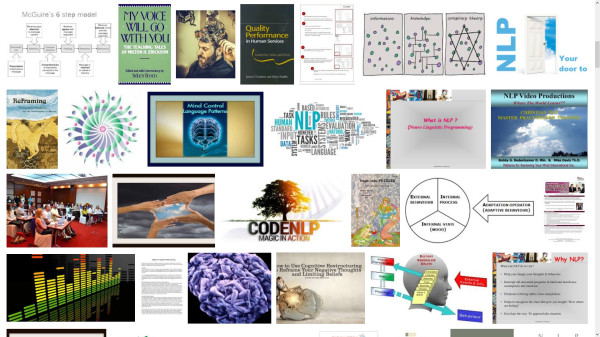